Top Five Countries to Work in as a Chiropractor! 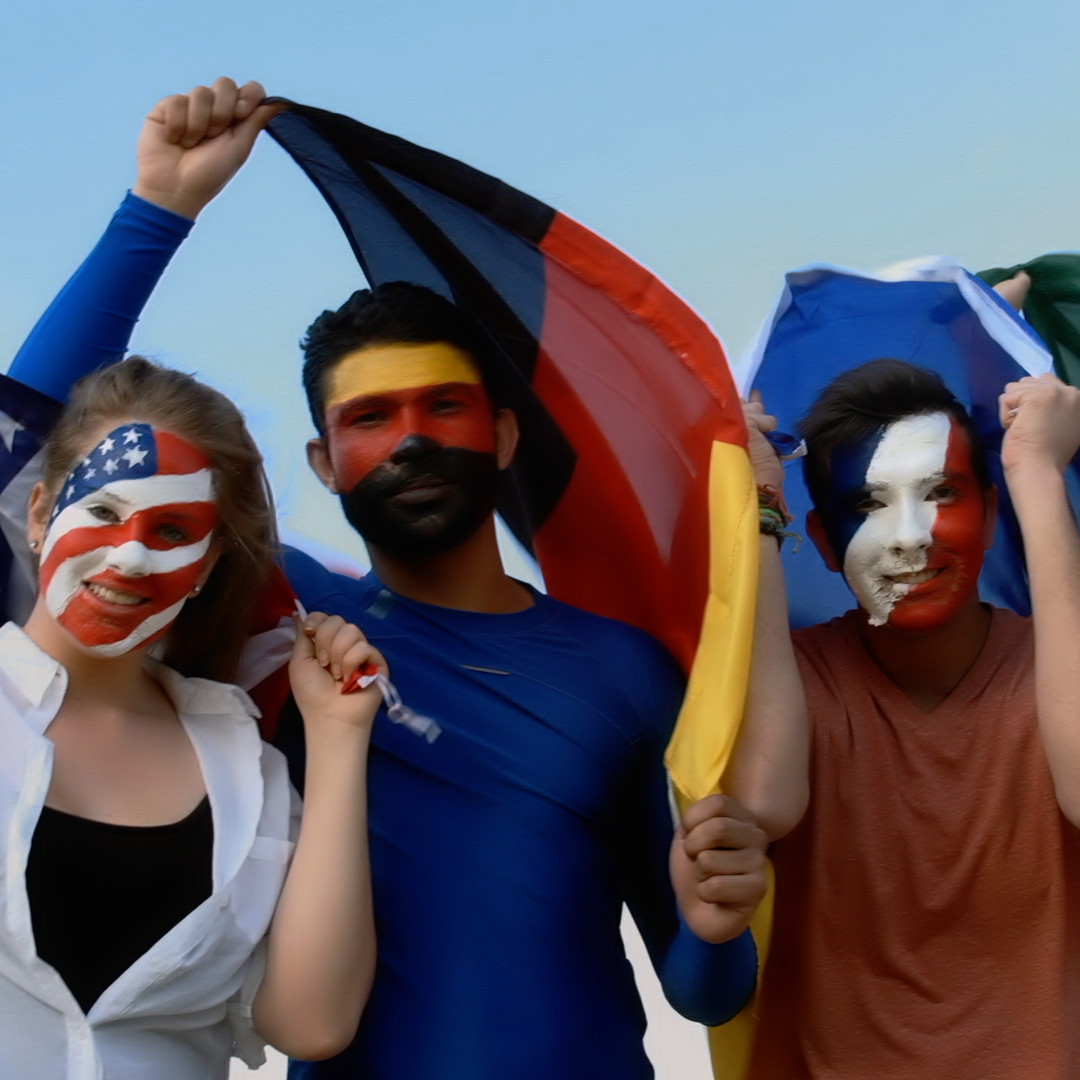 Today is all about the top five countries you could work in as a Chiropractor.

If you haven’t read our top five reasons to work abroad as a Chiropractor then just click here.

So now we’ve covered why you might want to work abroad let’s find some interesting places to go. 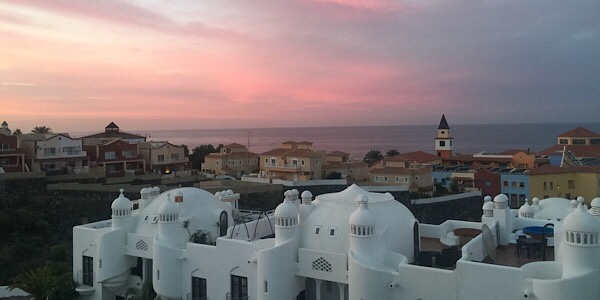 There’s nothing like sun, sand and limited legislation to get a Chiropractors pulse running. Although the World Federation of Chiropractic lists it as “Legal status unclear and risk of prosecution” the reality is far different.

This combined with awesome scenery (both by nature and man) make Spain a great place to set up home for awhile.

The culture is awesome with very long lunches, siestas (think super long lunch naps) and a more relaxed attitude about everything this could be the place for you.

It works to calm type A personalities down and calmer types feel just at home. Mix this with great patient uptake, a lack of Chiropractors, ability to treat something’s your not in other countries and lots of SUNSHINE and this could be where you are for the next few years. 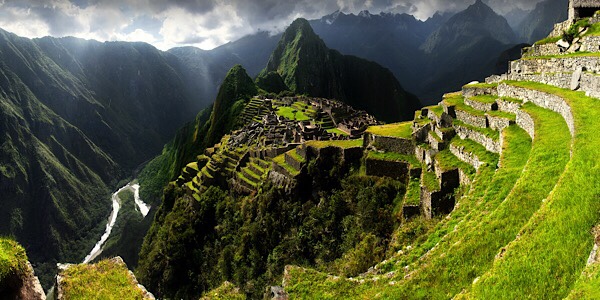 This South American beauty is a great mountainous region which can really open up a new way of life.

The cost of living is extremely low and as a Chiropractor you’ll get used to HIGH volume which is so refreshing. You make less per visit but you see way more patients and this surprisingly gives you more energy at the end of the day.

Suing is not the Peruvian way, that combined with the World Federation of Chiropractic status “Legal pursuant to general law.“you can really relax in this paradise.

You’ll find yourself living Chiropractic 24/7 as most of the socializing appears to be with other Chiropractors, staff and patients.

If you want an energy and passion that will last a lifetime Peru might be your thing.

You will live and love Chiropractic

Putting your used toilet paper into a waste bin!! (Seriously about 50% of plumbing can’t handle toilet paper so you put it in a trash can next to the toilet).

ceviche. A VERY popular fish dish which is amazing. Try it where the locals eat and you’ll get the real deal. 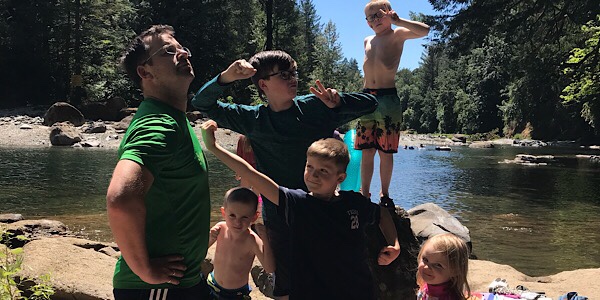 Most of you will be thinking “WHAT!” as about 50% of people visiting this blog are from or living in America, but that leaves another 50% as not living here and it’s definitely an experience working here.

Legal pursuant to legislation to accept and regulate chiropractic practice

Chiropractors are everywhere so the marketing here tends to be direct and in large abundance. This can be a good place to learn how to “sell” Chiropractic.

I’m currently in Oregon wearing a T-Shirt (or whatever Americans call them), it’s January. If I drive an hour I’m at a year round ski resort. If I drive an hour the other way I’m at the coast. And everything in between looks amazing. There hardly a need to leave the state.

I drove across America from east to west (thanks Irma) and each state is really different. There is so much to see in America that you don’t need a passport. Want year round sun? Head to Florida! Snow? That’s Alaska and you get the idea. In fact, if you’ve never been to a real Austrian village it would be easy to think (as most Americans understandingly do) that it’s only like that on film sets. So why bother.

There is so much to see here and do here it’s great. One of ththe best past times here is shooting because we don’t get to do much of it in Europe. England’s banned all handguns. If you’re in America you can go and buy 3 handguns today and shoot them this afternoon. I’m not getting into the right or wrong of this just it’s like being a kid in a candy shop. I’ve been denied now I can do it wahoo. But before everyone gets upset I’m a religious guy and a vegetarian so it’s purely paper target for me. In America the inner boy wins and you can make things go bang all day.

Learning how to sell Chiropractic

Did I mention the guns!!! 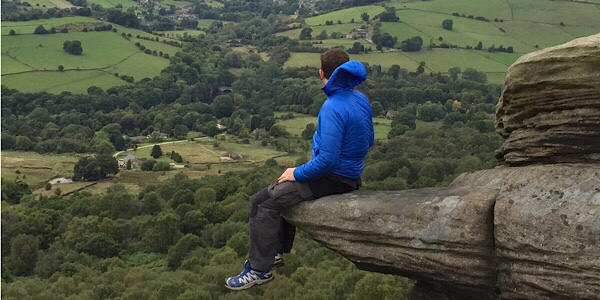 Another surprise heading! It’s also where another large group of you come from (including me).

So let’s clear it up once and for all.

Great Britain is made up of the countries ( England, Scotland and Wales)

I know it’s confusing (even I had to google it and I lived there for many years. But one thing is for sure. I lived in England. England and London are not the same thing! London is the capital city of England. The same as Paris is the capital of France.

The reason I say this is because I live in America and about 50% of the time when I say I’m from England I get the reply “Wow! your from London”. Nope, I’m actually from Nottingham (Sherwood Forest, Robin Hood and Etc) which is a few cities away. Its like being from California and someone saying “wow you’re from New York!”. I usually just say yes and move on, but there you go.

So what’s good about  Great Britain. Well, it’s in the name, it’s great.

It’s a more laid back version of American Chiropractic with far less selling, more patients per Chiropractor, new grads get their own patients and it’s the gateway to Europe.

It’s hard not to oversell that last part for those of you outside Europe. It’s hard to imagine as an American that you can fly to spain for $25 or drive (yes drive, there’s a tunnel) to Paris for the weekend.

I’ve included a screenshot of the current deals from London for February on Ryanair.co.uk 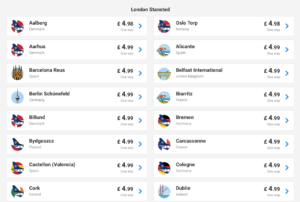 I should point out that £4.99 is about $6 they will add some things like insurance but it will still be less than $15 to get to Barcelona!.

A few other sites to get cheap flights are

But the king of cheap flights is Ryanair.co.uk

So Great Britain is a great place to visit the whole of Europe very cheaply. Also the UK (See those terms are usually used interchangeably even though they are different) has a HUGE amount of holidays by law (think 1 month to 5 weeks on average) plus mandated “Bank Holidays” (think multiple 3 day weekends that have to be taken or given an alternative) and you’ll have the time to visit.

Just make sure you have an employed contract (not self employed) to get all those benefits.

As a side note I have quite a few coaching clients in the UK and they are always looking for Chiropractors (all nationalities) so if you’d like to work in the UK just drop me an email at [email protected] and i’ll try and connect you.

Free health care (Not Chiropractic in most cases)

Tenerife (Off the coast of Africa, sunny winter) for the weekend 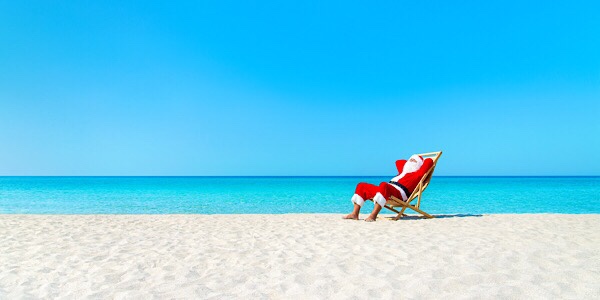 Yes, I know, I’ve just managed to offend about everybody from those countries by putting you together. It’s true that you are all completely different.

Tasmania: Taswhat! are you making this up

Tasmania is an small country that’s like going back 40 years (not technology just in peoples interactions) it’s not uncommon to see fruit or other goods at the side of the road with a price stated and an open bucket to place the money in and make change if necessary. It’s such a surprise to be there as the rest of the world the goods and the money bucket would be gone in 5 minutes. So that’s Tasmania and yes they have a Tasmanian devil although it’s on the decline.

So why clump these together? It’s because they are in the same general area and you should really try them all. I would happily live in each of these locations just remember that the seasons are backwards (ahh offending again) and Christmas will be on the beach!

I could write a whole article on these countries and so I am so expect to see a couple of them in the 2nd part of this post “5 more places to work as a Chiropractor”. So i’ll leave the pros and cons till then.

I really hope that you seriously consider a couple of years in another country the rewards are great and you can rebuild a business again back in your home country if you want to (you did it before). Just remember

You can always make more money but you can’t make more time!