Dr Joe Kurnik has left this world but his students continue to learn from his prerecorded courses. IMPAC inc has placed his work on here as a treasure trove so that his immense influence on the profession will not be lost. He will be personally missed by the staff at IMPAC Inc

Dr. Joe practiced ‘hands-only’ adjusting for decades. He began integrating instrument assisted adjusting into his practice after observing some of his older patients preferred gentler methods.  He subsequently developed a highly effective ‘hybridized’ approach that combined select motion analysis techniques with instrument assisted adjusting procedures. Motion palpation allowed Dr. Kurnik to evaluate segmental dysfunctions of the spine, which indicated how to make corrections by adjustment to establish more effective function. Even more importantly, it allowed observation of relationships of one spinal area to another, or one extra-spinal area to the spine or sacroiliac region. It allowed the observation of the sacroiliac joints to most often be barometers of proper spinal and extra spinal functioning rather than attack them most often as primary problems.

Would you guess that an atlas fixation could cause a left PJ ilium subluxation? OR, that a T-9 fixation could cause bilateral AS ilium subluxated fixations? Would you guess that an atlas or axis fixation could cause weakening of the hands or hamstrings, to be reversed by adjustment? do you remember in school being taught that when the left PSIS is low and the right PSIS is high, you adjust the left ilium as a left PI fixation subluxation and the right ilium as an AS ilium fixation `? Practice motion palpation, checking relationships and observe that the majority of times, this pattern is of upper cervical origin. Take a leap and practice motion palpation, and you will become more in tune with the bodies being treated and consistently amazed at what you see happening. This combination produced such good results that Dr. Joe then made it available to all of his appreciative patients. kurnikchiropractic.com 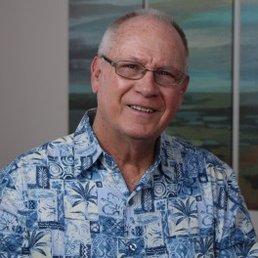 “You know Joe would give you the Hawaiian shirt off his back.”

This video is just an introduction to motion palpation analysis and consequent treatment. It does not cover all elements of clinical relationships. That comes with practice, discipline and mindfulness.

The 1 hr & 25 minute DVD is divided into 20 chapters to enable fast and convenient review of specific material.

$65 for the Motion Palpation and Instrument Assisted adjusting DVD